"A cord of three strands is not easily forgotten" Ecclesiastes 4:12

The first time I met Pete at "his place," as he called it, he was sitting outdoors on a broken-down lawn chair that miraculously supported his lumbering frame with duct tape, wire, and, as he would later boast, "an angel's wing." He had a unique face, the kind an artist would loved to capture, and he could easily have passed for a much younger man had his arthritic hands not betrayed his youthful expression. 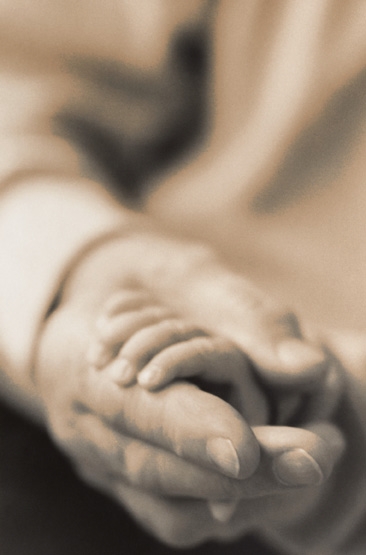 It was a hot day as I recall--very hot. Maybe that's why I first noticed Pete's water cooler, but its diminutive size suggested it was reserved exclusively for him. I was never offered a drink. In fact, Pete never offered  me anything by way of hospitality during our conversation--if you even want to call it that. It's not that he was rude or disinterested. In looking back, I can only describe our encounter like trying to talk with a lifeguard while on duty, except with Pete, his "duty" was mentoring a young group of men into seasoned brick masons. The entire time we were together, he never once turned his gaze away from their work. Why the urgency? He later told me that for some of these young men, learning a skill could mean the difference between life and death on the streets, and the seriousness in which they received their instruction proved his point.

His "students," as he called them, varied in age from preteen to early twenties and were held together, like the wall they were constructing, with a bond of reverence they shared for their mentor's wisdom and for the care he demonstrated by helping them develop their craft. As I followed his instructions back and forth all afternoon, I learned that these young men had a name for their special teacher: They called him "Cool Pete." As one of the boys told me, "Mr. Pete has earned his place in the shade for all his years of work, and his only job now is to teach us the same."

A Challenge to Church Leaders
We need an army of Cool Petes to come alongside the next generation of potential leaders within the body of Christ today. Their very souls are at stake. Young people need not just pastors and church professionals, but mature Christian laypeople whose job and passion is to influence the next generation for Christ. Never before has there been a greater sense of urgency to minister to scores of young seekers, many of whom are fatherless or motherless and need positive authority figures in their lives. Not only would these alliances be a blessing, but the skills and talents these young people possess could offer an unprecedented blessing to the body of Christ  both now and in the future. But they need development. They need us.

Let's think about our particular churches for a moment: Is the next generation welcome in our services, or do we quarantine them off to "special programs" in specially designed rooms in the bowels of our buildings? In the area of worship leadership, is their music welcome? While I was attending the service of a large church last week, the young people took me aside and asked for prayer. They said that doing contemporary music in their church was akin to "persecution." They commented how the leadership of the church would occasionally allow their songs to be offered in worship, yet these leaders refused to sing with the congregation during contemporary worship. Let me ask you: How many godly worship leaders will a church nurture with an attitude like this? For that matter, how many young leaders of any kind will this spirit of superiority foster?

But pride is not the only hindrance to mentoring. We can easily feel that we do not have the proper training or experience to meet the challenge of investing in young people. Maybe the culture or our perceived inability to relate to a younger generation paralyzes us from reaching out to these younger saints. I can relate to this fear.

A Willingness on All Fronts
One of the greatest qualities of mentoring relationships within the church is the willingness to learn and to be supported on many fronts. In other words, mentoring does not just involve dispensing wisdom; it also means receiving wisdom as well. In this process, there is accountability. If you are younger, you must be open to learn from those who are older than you, and vice versa. The young brick masons demonstrated tremendous respect for the knowledge their older mentor possessed, but Pete also celebrated their youthful ingenuity. In worship leadership development, both young and old can learn from one another, as long as style issues do not divide and differing opinions are honored. When style is at the center of our worship passion, then we have created an idol of personal preference rather than a celebration of God's presence. By focusing on such issues as biblical training, marriage and family building,  character development, godliness, personal purity, accountability, and pastoral shepherding, the issues of worship conflict seem rather insignificant.

Power Chords
I began this piece with Ecclesiastes 4:12 because when I observed the masonry training, I was amazed to discover that each person was partnered in groups of three. King Solomon originates this educational concept when he writes that a cord is strengthened when entwined with two additional cords. In this particular setting, the older boys learned from the master teacher and in turn taught the younger students. Each boy had both an older and younger boy  in his group for support and instruction. As we learn, we are to influence others. Do you have an older mentor and younger student in your life? Knowledge was never meant to be static.

Closing Thought
A healthy mentoring ministry needs to overcome the influences of our Western culture, which has naively exalted a youth movement at the expense of our older generations--it is sin, pure and simple. But isn't it also sinful to abdicate one's responsibility to influence our youth with all the knowledge and resources that life has afforded in favor of sunny beaches in Florida? Mentors never retire. I am convinced that Cool Pete's youthful appearance was the result of his investing his life in young people. I also learned that "his place," as he called it, was not the location we met on that hot summer afternoon, but that tattered old lawn chair he moved around town to keep up with them.

How cool is that?