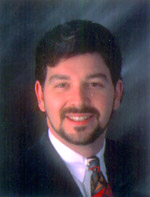 One half of being a worship leader is being a leader. If you're like most, however, you've spent most of your time perfecting the musical gifts God has given you. As you've done that, you've been promoted and now find yourself leading not just worship, but the congregation and the music team as well!

The good news is that leadership skills can be learned, and God's Word has much to say about how to lead. As a fellow worship leader, one of my favorite leadership verses is found in Titus 2:15:  "Thus speak, exhort, reprove with all impressiveness. Let no one make light of your authority" (Weymouth Modern Translation).

Paul was writing to one of his young leaders when he penned those words, and they hold some important principles as you work to become the worship leader God wants you to be. Let's quickly examine these principles:

Ask yourself what you want to accomplish this year: How many new songs will you introduce?  What instruments do you want to add to your team?  Who do you want to train to fill in for you when you're out of town?

Then sit down with the pastor and get his input and vision for the music program. Find out what the upcoming ministry topics will be and try to introduce songs that will flow with the pastor's ministry direction. From all this, develop some clear goals and spell them out for your team.

And then let your team members tell you what their goals are. Find out who has a goal to lead worship, to write new songs for the congregation, or to lead the choir. This will allow you to the second principle found in Titus 2:15.

2) Exhort -- In his book, The One-Minute Manager, Kenneth Blanchard stressed the need to catch employees doing something good and to encourage them. The same holds true for the worship leader. You need to exhort your team by encouraging them profusely and regularly. Ed Cole has taught that words either build up or tear down; there is no in between.

I've found that fear and intimidation hold back many musicians and worshipers. You need to help them work through that fear so they can minister effectively. Paul told Timothy to "stir up the gifts within you" (2 Timothy 1:6). As a leader, that's part of your job.

Leaders are only leaders because people follow them.  And people tend to follow those who encourage and make room for them and their gifts. If you use people for your ends or fail to encourage them, you forfeit some of your leadership. If you're afraid to get involved and exhort, then you're also going to avoid the final principle Paul shared with Titus.

3) Reprove -- You probably lead some gifted people. But lack of integrity or faithfulness will in the long run, undermine their gifts. You need to reprove them without fear of losing them. If you build meaningful relationships with them, this process will be much easier because they will know you love them.

I had a young man on my team one time who was a great bass player, but was always late. I had to make a decision: Would I turn the other way and hope he would improve, or would I get involved and reprove him?  I chose the latter and sat him down to have a heart-to-heart talk. Then I bought him a watch, set it fifteen minutes fast, and asked him to follow it. He clearly understood that his continued tardiness would cost him a place on the team.

This young man improved so much that when he met a special young lady some time later, she shared with us that one of the things she appreciated about him was his punctuality!  Today he leads a band of his own. You need to produce those same kinds of success stories if your worship leadership is to be complete.

I urge you to do what Paul told Titus to do -- speak, exhort, and reprove. Improve your people-skills as you endeavor to lead God's people into His presence. As you do, your gifts and skills will work together to make you an effective worship leader in your church.

Steve Bowersox is the founding Executive Director of Worship International and the Bowersox Institute of Music. He is Associate Pastor and Worship Leader at Christ the Redeemer Church in Jacksonville, Florida. Steve travels around the world teaching on worship as a lifestyle, leadership and musical excellence.